Iwoland is blessed with amazing people. People of quality, endowed with pool of knowledge in different fields. Sons and daughters of Iwoland would always strive and make impact in any environment they find themselves.

In this post, for the year 2019 Iwoland Hub picks our top 10 personalities of the year in Iwoland, we deem it fit to celebrate these individuals as they have contributed massively to the development of the land. Without a doubt, they have made made many homes happy, impact on many lives positively and raised hope of the hopeless.

Although picking these 10 names doesn’t mean they are the only people who have made in it big in the year 2019, however, we have no choice than to streamline this list to 10 names. There are several Iwoland sons and daughters who have played positive roles in the lives of the people.

If all names should be accommodated, then, we would have an endless and boring post for our dear readers. Therefore, it is essential we pick some personalities of the year 2019. Other names would be as well celebrated some later years.

Note: This is our personal opinion and we believe the following personalities in Iwoland are worthy to be celebrated for one or two things they contributed. In addition, we couldn’t cover much from other local government areas as a result of some reasons.

Here come our top 10 pick personalities of the year in Iwoland.

Oluwo was coronated on the 16th of January, 2016. He is the 16th Oluwo of Iwoland and a descendant of the 16th Ooni of Ife and the only female Ooni. He gave birth to his child on the 16th and named him Oduduwa Akanbi.

A symbol of development. A dot that the letter “i” of Iwoland has been longing for, for years. A peacemaking father and masterpiece of the development of Iwoland. A unique king, special royal being and a rallying point for all.

There are no certain words to qualify His Imperial Majesty for the re-orientation he has brought to his domain since he has been crowned the Oluwo of Iwoland. Few years spent, yet the developments and recognition the ancient city has enjoyed have surpassed those we reposed our trust upon for decade.

Just to mention few; Oluwo has taken it as a responsibility to feed and care for the widows, orphans and less privileged. The programme he tagged “Telu Food and Clothing Bank” which he started since its enthronement.

Aside the feeding the poor and orphans, Oluwo has invested in the future of the land, some of which are;

READ ALSO: Where Are The Political Giants? Iwo in Iwoland, is in Dare Need of Help!

Prof. Oguntola Jelil ALAMU, the Asiwaju of odo of Iwoland, is a Professor in the Department of Mechanical Engineering of Osun State University, Osogbo, Nigeria.

The Oluwo of Iwoland, Oba Abdulrosheed Adewale Akabi, Telu I, installed the former Vice-Chancellor of Osun State University, Professor Jelil Oguntola Alamu as the Asiwaju-Odo of Iwoland in February 2018. It is a feat achieved for his selfless service to humanity and the people of Iwoland.

Since his crowning, he has been relentless with his efforts as an ambassador of Iwoland. He has played crucial roles to ensure youths from the land are guided to the right path.

Professor Oguntola Jelili Alamu honours invitations from different youths, unions and associations. He sees it as an avenue to reach the youths who are the leaders of tomorrow and spread the gospel of being a good ambassador of Iwoland. Professor Alamu is the identity of positive change for all youths in Iwoland.

READ ALSO: Senator Oriolowo: What He Promised, What Has He Delivered For Osun West In 2019?

The Baaki’s family is one of the prominent ones in Iwoland. It is a source of knowledge, wisdom and noble name as far as Islam is concerned in Iwo, Osun and Nigeria as a whole.

Sheikh Yaquob has some distinct features; among them are humility, respectful, intelligent and tolerant.

Sheikh Yaquob Baaki Mohammed has been pivotal in ensuring that the development of Iwoland is achieved at a faster pace. He has been a rallying point and the pillar to ensure peace and orderliness are maintained on Iwo land, religious wise.

Sheikh Yaquob Abdul-Baki Mohammed was turbaned as the Waziri of the entire Yorubaland. He earned this feat as a result of his immense contributions to the Greater Iwo Empire. Sheikh Yaquob will never undermine you irrespective of your background, status or social class; he has honoured many invitations and gatherings that concern Iwoland.

Adisa Kabiru a dedicated Humanitarian per excellent. He is a Fellow Chartered Accountant and Nigerian Institute of Management.

A new word would be coined to described Adisa Kabiru Adeniyi for his love for Iwoland and humanity. He is a case study that many elected or appointed for any position should study. He takes all his to the welfare of others. He is described as a “Community Servant” which expatiates the role Adisa Kabiru has played in many lives. His love for humanity is undeniable.

As the coordinator of Iwoland Development Coalition, he has worked tirelessly to provide for the needy, provide free medical services, finance students’ school fees, alleviate poverty and care for the orphans and vulnerable children.

He has championed many struggles to put smiles on thousands of faces in Iwoland.

READ ALSO: Hon Amobi Yinusa: What He Promised, What Has He Delivered To Iwo Federal Constituency In 2019? 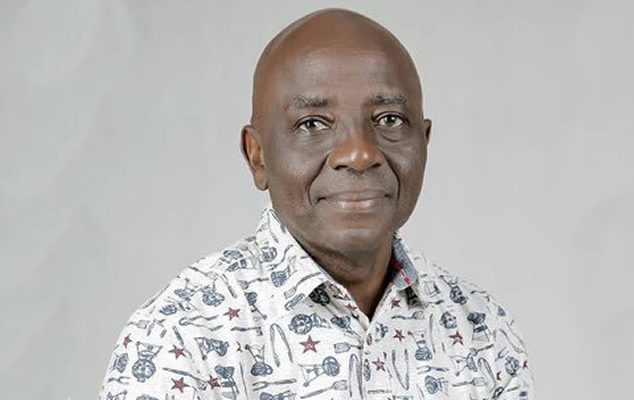 Senator Oriolowo Adelere, the glorious senator representing Osun West Senatorial District at the red chamber in Abuja. The year 2019 has been eventful for Senator Oriolowo. The hurdles and other activities that preceded his emergence as the Senator could be packed to write pages of a storybook.

Oriolowo was an aspirant in the 2018 Osun gubernatorial election where fate had it that he won’t be the flag bearer under APC political party. Fortunately, he got the senatorial ticket and won the election. As the Senator from Iwoland, he has raised the bar and has been working for the interest of his people.

Recently, he sponsored a bill to ensure Iwoland people’s dream to have a Federal College of Education becomes a reality. The bill for the establishment of the Federal College of Education, Iwo has passed first reading. We hope Senator will keep the pace by ensuring the bill passes other stages. Also, Senator Oriolowo during a program paid the full bill for the treatment of a blind student.

The hope is high, as Osun West and especially Iwoland people expect Senator Oriolowo to nominate constituency projects that would impact many lives positively.

As described by His Imperial Majesty, Oba AbdulRasheed Akanbi Telu 1, Hon Amobi Yinusa is an asset to Iwoland.

Hon Amobi Yinusa is arguably one of the active honourable members at the House of Representatives. He has successfully shown the people of his constituency that he can proud of as a man who can handle the job. The year 2019 has produced some amazing moments from the actions of Hon Yinusa Amobi. He has so far;

READ ALSO: Top 7 Pick Entrepreneurs of the Year 2019 in Iwoland

Engineer Adeleke is an illustrious son of Ileogbo. He is the CEO of Peculiar Consult Nigeria Limited. Engineer Adeleke solely embarked on the reconstruction of roads in Ileogbo for the development of the town. The road’s lifespan is a minimum of ten years.

The road which is 3.84klm links between Ileogbo to Iwo. The road entails two layers of soft base laterite of 150mm, a stone base of 100mm thickness and asphaltic placement of 50mmwith drainage of 700mm which are constructed at 3mm end of the road. Factually, the road will not only be beneficial to Ile-ogbo people but also will help free movement of people of Iwoland and other travellers.

This is a rare show of love for his town. We could describe this patriotism at its peak. Engineer Adeleke has put his name into the historical hall of fame for many generations to come.

Keefa Yetunde Suhaebat is an indigene of Iwo from a popular family. She is a grain of Osun State Polytechnic, Iree where she got her Higher National Diploma.

She is also the founder of Keefa Life Foundation. An NGO that focuses on fighting hunger. Her NGO has helped 6 Iwoland women to start up their own small scale business and had also touched different places.

One of the Keefa Life Foundation Project in 2019 Tagged “Let’s End Their Thirst” was the provision of Borehole in Oyediran’s compound in Iwo when they complained of water scarcity around the environment.

Akanji Azeez is the founder of “The Ambassadors of Iwoland.” An NGO founded to basically perform humanity service to develop people and the Iwoland at large. The young convener with his team has successfully executed many projects in 2019. Some of the projects are;

“Feed the Poor:  Distributed foods stuff (Rice, Garri and Noodles) to the beggars met at Ode-Oba Oja areas of Iwo. The “Feed the Poor” was rounded off by visiting an orphanage home “Pro Labore Dei Children home Odori area Iwo”.

Her Non-Governmental Organization is committed to creating safe spaces for the girl child, focusing on the health and wellbeing of young girls and women. She has organized and facilitated series of vocational and skills acquisition training and sensitization talks on sexual and reproductive health and menstrual hygiene management.

We commend those who made the list for their contributions towards making Iwoland a better place. Moreover, kudos to those we couldn’t be mentioned on the list but relentlessly contributed their efforts for the development of Iwoland.

Give Peace a Chance: A Passionate Appeal to Oluwo and Kingmakers – Prof Lai Olurode

Birthday: 20 Things You Should Know About Akanji AbdulAzeez, Founder Ambassadors of Iwoland NGO

10 Major Reasons Why You Should Marry From Iwo

I Defended Attempt by Agbowu to Stick my Eyes After He...

Iwo is not Kano, Oluwo is Irremovable – Ameer Ta’awun

ABOUT US
Iwoland Hub is a specialized platform to bring you insightful information that is relevant to the people of Iwo politically, economically and socially.
Contact us: iwolandhub@gmail.com
FOLLOW US
© Copyright: Iwoland Hub | 2020
You cannot copy content on Iwoland Hub. Thank you